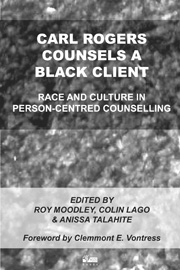 This book investigates and explores the issues of race and culture in ‘a single case study’ of one of Rogers’ own demonstration films: Carl Rogers Counsels an Individual. Part 1: Right to be Desperate. Part 2: On Anger and Hurt, in order to generate multiple meanings of how person-centred therapy can be more inclusive of black and ethnic minority clients. The films show a young black man in a state of remission from leukaemia, in therapy with Carl Rogers. The emerging knowledge and innovative clinical practices that arise from the analysis in the various chapters are all ultimately concerned with multicultural and diversity issues in counselling and psychotherapy. The contributors, from a wide variety of therapeutic approaches and modalities, raise fundamental questions concerning the intersection of race, culture and ethnicity with the therapeutic process.

PART 3 RACE AND CULTURE IN PERSON-CENTRED COUNSELLING
7. Considerations of Race and Culture in the Practice of Non-Directive Client-Centered Therapy Sharon Mier and Marge Witty
8. ‘The Right to be Desperate’ and ‘On Anger and Hurt’ in the Presence of Carl Rogers Roy Moodley, Geraldine Shipton and Graham Falken
9. Double-Edged Sword: Power and Person-Centred Counselling Khatidja Chantler
10. The Person-Centred Challenge: Cultural Difference and the Core Conditions Christine Clarke
11. Cross-Racial/Cultural Matching: Three Approaches to Working Transculturally Shukla Dhingra and Richard Saxton
12. Growing Race Awareness in the Therapist Colin Lago and Jean Clark
13. Using the Videotapes of the Sessions to Examine Ways of Helping Counsellors to Work with the Person-Centred Approach in a Transcultural Setting Mary Charleton and Melanie Lockett

PART 6 HISTORICAL DOCUMENTS
24. Interview with Carl Rogers on the Use of Self in Therapy Michele Baldwin
25. Carl Rogers on Multicultural Counselling: Excerpts from letters from Carl Rogers to Jean Clark, 1979–1983 Colin Lago

This is an ambitious and courageous book … Though the starting point of the book is two brief interactions between two individuals, its scope is as broad as humanity. The book itself is a case study of intellectual honesty and racial sensitivity. It is the most important discussion of race, culture and ethnicity in the context of person-centred therapy ever written. Tony Merry, University of East London 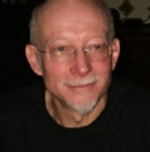 Colin Lago works as an independent counsellor, supervisor, trainer and consultant. He was formerly Director of the University of Sheffield Counselling Service (1987–2003). His  publications reflect a strong concern for people in their cultural and societal contexts, particularly in relation to transcultural settings. He previously worked as a youth worker in the East End of London and as a teacher in Jamaica.

Roy Moodley was born and raised in South Africa, but spent just as many years in England. He now lives and works in Toronto, Canada as a university teacher and researcher. He has co-edited Carl Rogers Counsels a Black Client and Counseling across the Cultural Divide: A Clemmont Vontress Reader, both for PCCS Books. 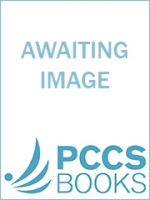 Encountering Feminism: Intersections between feminism and the person-centred approach