Our Encounters with Stalking

Part of the PCCS Books ‘Our Encounters With...’ Series, this is a powerful testimony of the destructive, sometimes fatal, effects of stalking on its victims.

With a foreword by the bestselling author Peter James, author of the Roy Grace series, himself a victim of stalking, the book foregrounds the experiences of those who have been (and are still being) stalked. It offers a unique insight into the commonalities of experience and a platform where people who have, in many cases, been driven into silence and anonymity are able to write openly and angrily about their battles to stay sane and re-establish a life free from their persecutor.

The book is in three main sections. Following an introduction by series co-editor Alec Grant, setting the scene, the Professional and Third Sector Experiences section opens with a chapter on the social psychology of stalking, looking at the varieties of stalking, the characteristics of perpetrators, victims and relational and environmental contexts. Chapters 3 and 4 in this section are written by third sector experts-by-experience at the UK’s National Stalking Helpline and the Suzy Lamplugh Trust, who address what has been learnt from the helpline, the experience of working in the stalking sector, and the need to promote awareness of stalking.

The second section, The Police and the Courts, written by the third-sector advocacy service Veritas-Justice, explores how the Family Court, in effect, facilitates stalkers to continue to persecute ex- partners through child contact arrangements. The next two chapters comprise the transcript of the Sentencing Remarks made by the Hon Mr Justice Green at the trial of Michael Lane for the murder of Shana Grice in Sussex, and the judge’s statement about the Independent Police Complaints Commission. The section closes with a three-way conversation between Veritas-Justice and Sussex Police about how the police could respond more adequately to victims, and help raise awareness more widely of its impact.

The third section comprises 15 first-person accounts of the experience of being stalked and its impact on the victims and those around them, including their children.

The book concludes with a summary of the main themes and conclusions, a reflection on some of the editorial conversations between the editors of the book, and a list of helpful resources and information.

‘This is a great book, and really inspiring. It makes an outstanding and wide-ranging contribution to our understanding of the trauma of being a victim of stalking. Its exposure of the gaps in the Criminal Justice System and in public attitudes to stalking should shock us all, and especially policymakers at every level. I found it to be both highly informative and personally motivating – progress has been made but so much more still needs to be done.
Sir Ian Johnston CBE, QPM, DL
Chair of Suzy Lamplugh Trust, and Chair of the National Consortium on Stalking

Sam Taylor is co-founder and Director of Veritas-Justice, an independent stalking advocacy service. In 2011 Sam gave evidence and was instrumental in the stalking law reform campaign, having experienced four years of stalking by her former partner. This landmark campaign led, on 25 November 2012, to stalking becoming a criminal offence in England and Wales. Sam is an accredited independent stalking advocate and a lecturer/trainer, developing and delivering sessions on stalking to multi-agency professionals. She has a Masters in creative writing and personal development and runs ‘Writing for Recovery’ courses for people who have been affected by stalking and mental health problems. 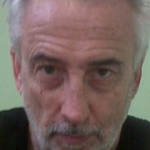 Helen Leigh-Phippard has a PhD in international relations and was a university lecturer until she developed mental health problems in the late 1990s and was diagnosed with psychotic depression. In late 2004, she joined Brighton & Hove Mind’s LiVE (Listening to the Voice of Experience) project and, since then, has been actively engaged in local service user participation. She contributes to the development and delivery of training to local mental health service providers, to the training of nurses and paramedics at Brighton University and psychologists at the University of Sussex and to the development of research within Sussex Partnership Trust as a member of the trust’s Lived Experience Advisory Forum (LEAF). She contributed to the first book in the Our Encounters with… Series, Our Encounters with Madness (2011).