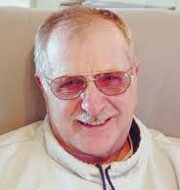 Jerold Bozarth was an author, editor and friend of PCCS Books since the mid-1990s. It is with great sadness that we learned of his death yesterday after a very short illness.

Pete Sanders writes: Jerold will be missed by many in the person-centred world. He attended almost every international event until very recently, one of the sadly dwindling old guard. He always sharp as a pin, gentlemanly yet mischievous. His work is well documented and easily available. I recommend all new students of person-centred psychology seek it out. Throughout his career Jerold relentlessly pursued misrepresentation and misunderstanding of person-centred therapy. He will be missed.

My fondest memory of Jerold goes back to the day after the end of the ADPCA conference at the University of Las Vegas in 1997. Many had already gone home, and with nothing open on campus, Alan Turner and I took a walk to the strip to get breakfast. We didn’t really know where we were going, nor what to do, but arrived at the first casino we found and went in to get fed. In the casino semi-darkness, deafened by the racket of gaming machines we stumbled to the bar to meet … Jerold! He had been there all night, having casino fun and was a little weary. We suggested breakfast. The three of us sat down in a booth and waited … the usual rapid service was taking some time. Meanwhile, Jerold and I wrote out the framework for his book on a napkin on the table which was itself an electronic gaming machine. We were visited regularly by young women on roller skates selling us raffle cards, lottery tickets and pancakes. Jerold was tickled at our wide-eyed disbelief that such a place could exist, selling breakfast. Alan and I would probably have spent $50 on scratch cards, thinking we were ordering eggs and toast if it were not for Jerold, calmly guiding us through. ‘No, that’s not a menu Alan, that’s a Bingo Scratch Board.’

That was the birth of his best-selling book Person-Centered Therapy: A revolutionary paradigm.