A Straight-Talking Introduction to Psychiatric Drugs 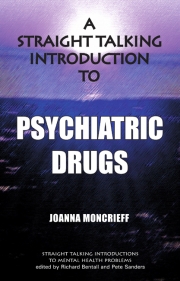 A pocket sized, good value series of succinct, thought provoking introductions ideal for students in all mental health disciplines, psychiatric service users, carers and indeed everyone with an interest in mental health. The authors are acknowledged leaders in their respective specialist fields with reputations for clear thinking, realistic, compassionate approaches and straight talking.

Rather than accept that solutions to mental health problems are owned by the medical professions, these books look at alternatives and provide information so that the users of psychiatric services, their families and carers can make more decisions about their own lives. Becoming more active in mental health issues requires knowledge — this series of books is a starting point for anyone who wants to know more about mental health problems. These books also introduce ways of working collaboratively with doctors, psychiatrists and counsellors.

Psychiatric drugs and their use are amongst the most hotly debated issues in the 21st century. How they work, whether they are effective and how to understand the evidence, and explanations of the major categories of psychiatric drugs are all covered in this clearly written guide. The competing theories of drug action are also explained in easy-to-understand terms. Here, Joanna Moncrieff arms you with some of the information you’ll need to make informed choices about psychiatric drugs. She provides an honest account of the uses of medication, when it is advised and what effects it may have. The book concludes with gives practical advice on the right questions to ask if you are prescribed medication for mental health problems and what happens on withdrawal of medication.

You can hear Joanna Moncrieff in conversation with Jenni Murray on Radio 4's 'Woman's Hour', broadcast on 18th July 2011. http://www.bbc.co.uk/programmes/b012krr5

Other books in this series

Being a User of Psychiatric Services  by Peter Beresford

Chapter 1 The place of Drug Treatments in Psychiatry

Chapter 2 How do Psychiatric Drugs Work?

‘This straightforward book is one that should be read by anyone currently taking, or thinking about taking, a psychotropic drug, anyone prescribing them and anyone party to their use. It offers a radically different and sobering view as to what the drugs do compared with the views on offer elsewhere.’ David Healy, Professor of Psychological Medicine,Cardiff University School of Medicine, author of Let Them Eat Prozac 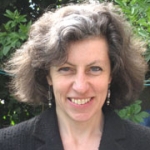 Joanna Moncrieff is a senior lecturer at University College London and a practising consultant psychiatrist. She has developed a new approach to understanding psychiatric drug treatment, and done research on mechanisms of drug action, subjective responses to drug treatment and methodological problems with research evidence. She has also written about the influence of the pharmaceutical industry, and the history, politics and philosophy of psychiatry more generally. She is one of the founders and the co-chair person of the Critical Psychiatry Network. She is author of The Myth of the Chemical Cure and The Bitterest Pills (Palgrave), A Straight Talking Introduction to Psychiatric Drugs (PCCS Books) and co-editor of De-Medicalising Misery and Demedicalising Misery 2 (Palgrave).