R.D.Laing: 50 years since The Divided Self

First published in 1960, The Divided Self by Scottish psychiatrist R.D. Laing (1927–1989) set out to explain psychosis as an ordinary and understandable human experience. Laing’s insight was absolutely revolutionary in its humane approach. One commentator described it as ‘that particular touch of genius which causes one to say “Yes, I have always known that; why have I never thought of it before?”.

Collected in these pages are writings critically appraising Laing’s life, work, frailties, brilliance, and his wide and varied influences over the last half century. You will find transcripts, memoirs, newly commissioned articles and a few previously published papers. Contributions have come from colleagues, friends and clients, as well as people who never knew him personally, yet deeply appreciate his work. Each is different in tone and character. Each captures something unique about Laing and his work.
R.D. Laing was famous for his empathic perception, sagacious intellect and wisdom of the heart, as well as his rebelliousness and falling from grace. In reading this book you may be made to rethink some of your assumptions. We hope that you will find more than a little inspiration.

For anyone interested in Laing and his ideas, this is a fascinating collection of interviews with the great man, followed by reflections - often warm and occasionally critical - of meetings with him, or of the influence he has had on our thinking today. Half a century after the publication of The Divided Self, this book is a timely reminder of Laing the man, and of his enduring importance. Richard Bentall, Professor of Clinical Psychology, University of Liverpool. 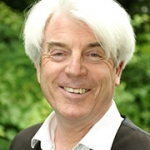 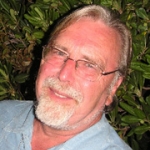